Home » About Us » News Articles

He’s happy to serve the community

Ari Gordon was raised in Chimayo, and then moved to Boston when he was 14. He joined the Navy as a diver, and when honorably discharged, he and his wife moved to Rio Rancho in 1989. After working for several Ford dealerships in the area, Gordon decided that he had a better idea on how to run a customer satisfaction based business, so in December 1996, he opened Master Tech Auto Repair, and is very pleased with the results. Now he and his family live in Santa Fe.

Do you remember your first car?
I was 20 when I bought a 1976 Datsun, and then later it blew the head gaskets.

When did the love of cars first bite you?
Right after the Datsun, I bought a 1980 Jeep, and the day I drove it off the dealership lot, it had a knock in the engine, so I went back and told them I just spent everything I had on this car and it needed an engine. They said, “ Tough.” It was then that I realized I had bad karma with cars, and decided that I had better learn how to repair these things. So I went to Automotive Technical Institute in Virginia at night while I was in the Navy, and then rebuilt my Jeep engine.

What do you do?
I do everything from A to Z on Fords. We specialize in Fords.

What is your greatest job satisfaction?
Taking an old work truck, like a late 1970’ s work truck, say used by construction guys or people in landscape, and making it dependable. You know, something that is worth next to nothing when it is brought in, and over a period of time, after doing the engine, transmission, brakes or steering, making it dependable. Customers are really thrilled when I can do that.

What is the biggest misconception about auto repair shops?
We want to rip them off by charging so much, but people don’ t understand that our hourly rates have to pay for the shop, equipment, heat and lease.

What movie would you really like to see tonight?
I like so many movies, but I guess Butch Cassidy and the Sundance Kid.

What can customers do to make your job easier?
A really enjoyable customer is one who realizes that the job will take time. Cars are not black and white. There are about 50 different things that can make a similar symptom. So I enjoy working with people who are patient and who want to know about their cars.

Tell us about your family.
My wife’ s name is Tammy, and she runs the front office, and we have two children, Connor, 2, and Koral, 6.

Where do you and your family go to have fun?
We don’ t do that very often. This is our first year in business, so that is all we’ve done here for some time.

What is your favorite vacation spot?
Disneyland, because it is fun for the whole family.

What do you like best about Santa Fe?
The mountains.

What would you like to accomplish before you call it quits?
I’m already in the process of accomplishing it. Everyday that I come in I feel that I am not a parasite on Santa Fe. I feel that I’m a contributor, and that’s my biggest reward, and when I finally call it quits, I want to look back and say, I’ve served Santa Fe for 30, 40 years and we did a good job.

What is your dream vehicle?
Probably a Lincoln Town Car, because I love them.

Mechanic gets it right the first time

If there’ s any truth to the old saw “round parents, square children,” then Ari Gordon, owner of Master Tech Auto Repair with his wife Tammy, might be a good example. He grew up in Chimayo in the 1970s, raised, he said, by hippie parents who moved to New Mexico to live off the land. “We had dirt floors, no electricity, you know. We moved there when I was 7 until I was about 13, then we moved to Boston,” he recalled. His unconventional upbringing had already left its mark, however.

“I joined the Navy when I turned 18. That was my rebellion,” he said with a laugh. While on leave in Boston, a friend fixed him up on a blind date; six months later they were married. They were both 19; it was 1984.

“We moved to the base in Virginia Beach, and then when he left the Navy, we drove all around the country looking for a place we wanted to live,” Tammy Gordon recalled. She had grown up in New York State, north of Buffalo, and as a teenager had lived with her mother in New York City and then Brookline, outside of Boston; she had never been outside the northeast.

They looked in California, Phoenix and Nevada, but it was the low cost of living in Albuquerque (and the fact that Ari’s aunt and uncle still lived in Chimayo) that finally made their decision for them.

They stayed for six years then moved to Eldorado, with no awareness that the two developments had been built by the same developers.

“Of all the places we looked, we liked it best,” he said. “We looked in town, we looked in Pecos, and the biggest draw here was the school and the covenants. They can be a pain sometimes, but it’s nice not having dead cars in the yards,” he said.

A diver in the Navy, Ari said he knew he was going to need a trade when he got out. Becoming an auto mechanic was not topmost on his mind until he bought a used Jeep with the last of his savings.

“Two days later, the engine spun a rod,” he said. “I went back to the dealer and he said ‘Too bad.’ So I went to night school to be an auto mechanic so I could fix it, and the Navy paid 75 percent of it. Then I went to work at a Ford dealer, and five Ford dealers later I decided to open my own business.”

Tammy Gordon runs the front office for the business; she had studied bookkeeping in school in the 1980s and even when they were first married they talked about opening a mechanic shop together.

“There was no question that I would be part of it,” Tammy said. “I was a stay-at-home mom at first, but I don’t think Ari knew just how much I’d be willing to do this.”

“When we opened (in 1996), we maxed out all our credit cards, had no savings, were always three weeks away from going bankrupt,” Ari said. “But we’ ve grown every year. Now we have three master technicians, one apprentice, one-part time mechanic and one part-time office helper, plus the two of us.”

He no longer puts in 90 hours a week, but still works 12-hour days throughout the week.

“Running the business is not the hardest thing, it’s that juggling everything is harder, the family plus the business,” she said, noting the children are now 8 and 12 and go to two different schools. “But we’re established now; we’re a part of the community. It’s not like it was when we were struggling to get the business on its feet.”

Being self-employed is always a challenge, both Gordons admit. “I sometimes have this fantasy about being an employee instead of an owner, that you go to work and you come home and forget about it,” Ari said. “And Tammy always reminds me that it’s never that way for employees, they work just as hard and they worry about their jobs probably just as much as we do.”

I’ll stick with my car and St. Jude

I almost bought a new car the other day. My 1991 Ford Explorer has more than 200,000 miles and is starting to break down. Before this, the only things I’ve done to this car are change the oil and replace the brakes. My Explorer drives like a dream, has leather seats with exactly the kind of back support I need, and as we used to say in the ‘70s, has good karma.

But as my mechanic so compassionately puts it, “The subsystems are starting to go.” The power steering pump is what started the downward spiral, then the four-wheel-
drive thingamajig and then the bushings.

“Enough car repairs already,” I scream when he tells me the alternator needs to be replaced. My mechanic, a man with a heart, kindly advises me the Explorer is still a great car and that if I can handle it emotionally, he can help restore the care to its original dependability. “Emotionally is the operative word,” I tell him.

“We just have to have a little bit of faith,” he says. “Bah, humbug,” I say as I take the fateful drive down Cerrillos Road to the car dealer. On my way there, hoping the alternator lasts long enough for me to trade the Explorer in, I decide a new car sounds like a pretty good idea.

The salesman who comes up to me is so young, I want to adopt him. He is so cute; I want to buy a car just to boost his self-esteem. The car I want is white and just as cute as my new son the car salesman. He starts up the engine and opens the hood; it purrs. Under the hood, the car is equipped with woman friendly color-coded receptacles for the various obligatory fluids; blue, red, yellow. I drive the car and it has quick response, standard transmission and a stereo. “It gets great mileage” he says and refers to an article in Consumer Reports. The seats are comfortable and I’m sold. “What’s the next step?” I ask.

My surrogate son informs me that it’s time to talk to the sales manager. (I hear a little voice in the back of my mind saying: “This is the part where they try to eat your liver.”) I sit silently in the cubbyhole office. My throat is dry and my lips are chapped. I rummage through my bag for my chapstick. To pass the time away, I look through my wallet photos; Sari when she was 4, Sari when she was 8, Sari in her Little League uniform. I come across my St. Jude holy card.

“What have you got to say for yourself, St. Jude? Do I detect a smile?”

In the next breath, he asks me to sign off on the terms of the sale. I haven’t read the terms so I don’t sign. He’ll be happy to go over the figures with me, he says. He tells me what they calculate the trade-in value of the Explorer is. I get up to leave. He asks me to please sit down so we can talk about it and I obey. He tries to convince me they are actually losing money on the deal. Now I’m no rocket scientist, but one thing I know from running my own business is that you never set out to lose money. I tell him I need some time to think about it.

Next thing I know I’m driving north on Cerrillos Road singing along with Joni Mitchell, something about “you don’t know what you’ve got ‘til it’s gone.”

At the stop light, I take out my St. Jude holy card and put it on the dashboard. I call Ari, my mechanic, and tell him to order the alternator. The sun is shining and I count my blessings. I decide that 200,000 miles notwithstanding, I am the proud owner of a near dependable car with good karma. I have AAA, a cell phone, a mechanic with a heart and St. Jude sitting on my dashboard. “Do I detect a smile?” 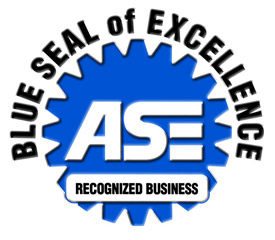